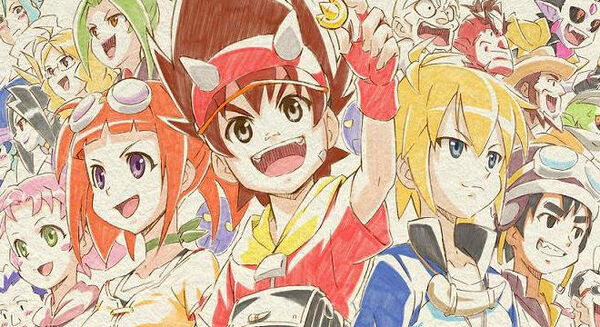 Dinosaur King is an arcade game based on the Japanese beetle-fighting arcade game Mushiking, but uses dinosaurs instead of beetles. It is made by SEGA, who also created Mushiking, Love and Berry and Sonic the Hedgehog. Eventually, it became a popular anime. With the popularity of the and the arcade game, SEGA and Upper Deck decided to build a trading card game around it, as well as a DS game. To accompany the anime, a manga adaption has been made.

I'm new to this wiki